Bob is 11 today. It’s a funny day, his birthday. He is absolutely celebrating getting older, wiser, taller. I struggle with the day a bit. Of course it’s celebratory, there are cards, cake, presents but always at the back of my mind that awful fear that I felt when he was born. He wasn’t very premature by comparison to some of the real teenies that are born, and in fact at 4lb4oz at 33 weeks he’d have been enormous at term but still, he was a tiddler.


We’d known for a couple of weeks that it was unlikely that we would make it to 40 weeks, but really didn’t know how close we would get. I had a fabulous south African obstetrician who came and sat on the end of my bed the night  before Bob was born and asked me what HWMBO(I) was doing the next day, and suggested that he might like not to do it, as he’d probably want to be there for the section I was having in the morning. From then on, to be honest it was all a bit odd. I remember lying in bed that night listening to the woman in the next room who NEVER SHUT UP and hearing the already-born-babies on the ward crying but not a lot else until being in theatre the next day, bang on 12.00pm and the same obstetrician telling HWMBO(I) to stop telling me the joke* he was telling because we were going to miss Bobs first cry…


We held him for a few minutes and then he was wheeled away to  the SCBU where he spent the next 4 weeks alternately breathing, or not until he finally got the hang of it!


I think all mums, and possibly dads feel sadness at time passing and I truly wouldn’t change any of it for the world, he’s fine, we are fine and the whole experience is something that makes us who we are, but still I spend most of his birthday with a bit of a lump in my throat.


*said joke is repeated often. A man sees a penguin standing at the side of the road and thinks, well I can’t just leave him there, he might get hurt, so he pulls over and puts him in the front seat of the car. A little later, he stops for fuel and the pump attendant says “why have you got a penguin in the car you should take him to the zoo” and the man says “yes, you are right, I should have thought of that” pays for his fuel and drives off. A few days later the man stops again for fuel, and still has the penguin on the front seat of the car, only this time he is wearing sunglasses and has a towel over his shoulder. The pump attendant says “I thought you were going to take the penguin to the zoo” and the man replies, “I did, and we had such a lovely time that today we are going to the beech”.
Posted by BlackberryCrumble at 02:58 6 comments: 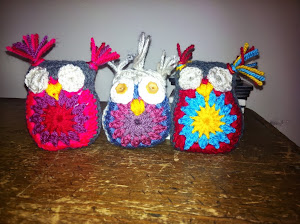